A few weeks ago I blogged about Orbital Comics on this Cartoon &amp; Comic Book Tour of London. Oribital is my regular Wednesday haunt and the guys have kindly added a couple of recommendations to our tour. Their first was The Wicked + the Divine (catch up with that post HERE), and here are two more beginning with the glorious Metroland. 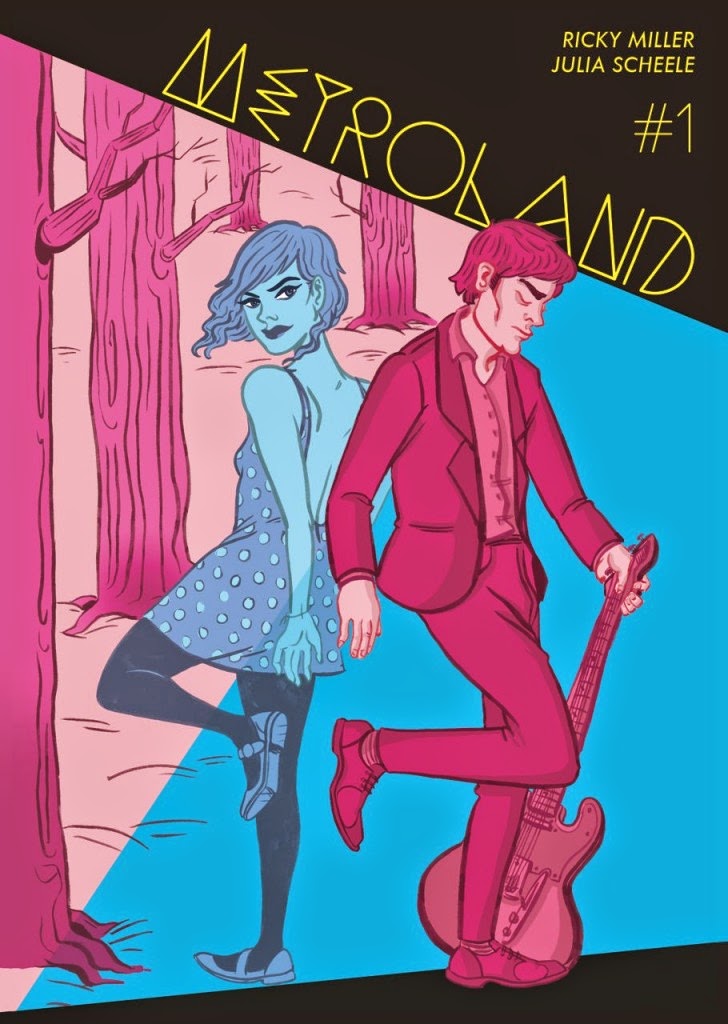 Camilla at Orbital made this a personal recommendation – an indie comic set in London, Metroland is described by the publisher as "a soap opera of music and time travel". A perfect description, this: what great band story isn't a soap opera? And in a field such as pop, which is constantly drawing on its own past, time travel is not only a perfect metaphor for the modern music business, but also a fun device to create a world where Kurt Cobain and John Lennon are still among us. Smart and fun – everybody strives to be that. Metroland gets there without breaking a sweat.

Created by Ricky Miller (words) and Julia Scheele (art), the series is currently on issue 2 and is peppered with great London locations, not least the view from Greenwich (with a lovely literary allusion in the speech bubble, Du Maurier fans!)… 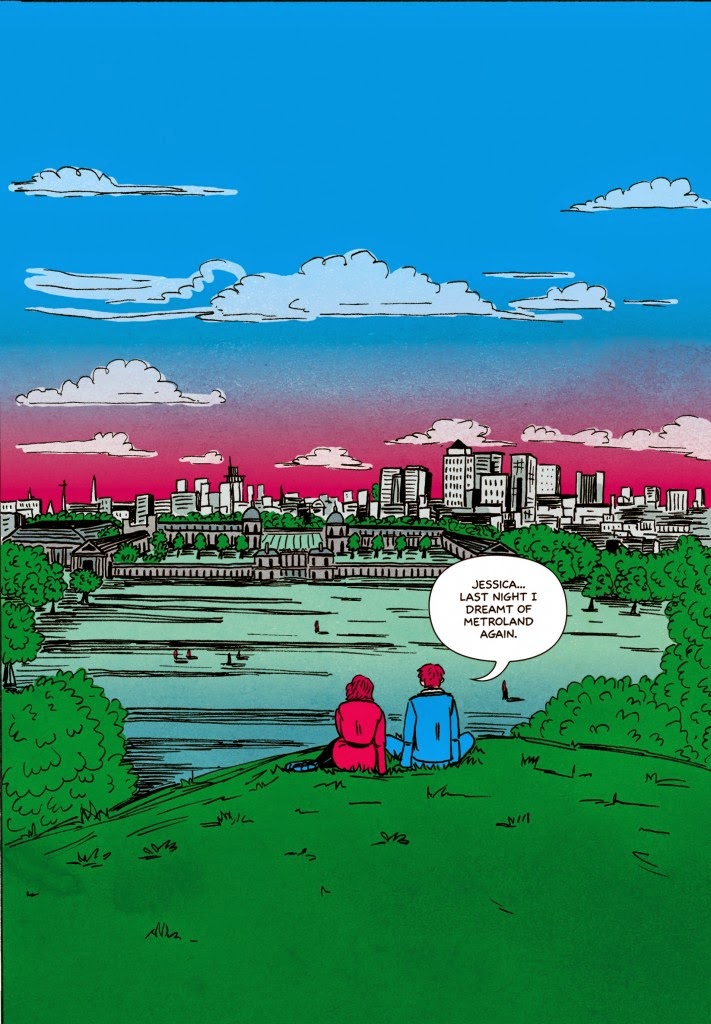 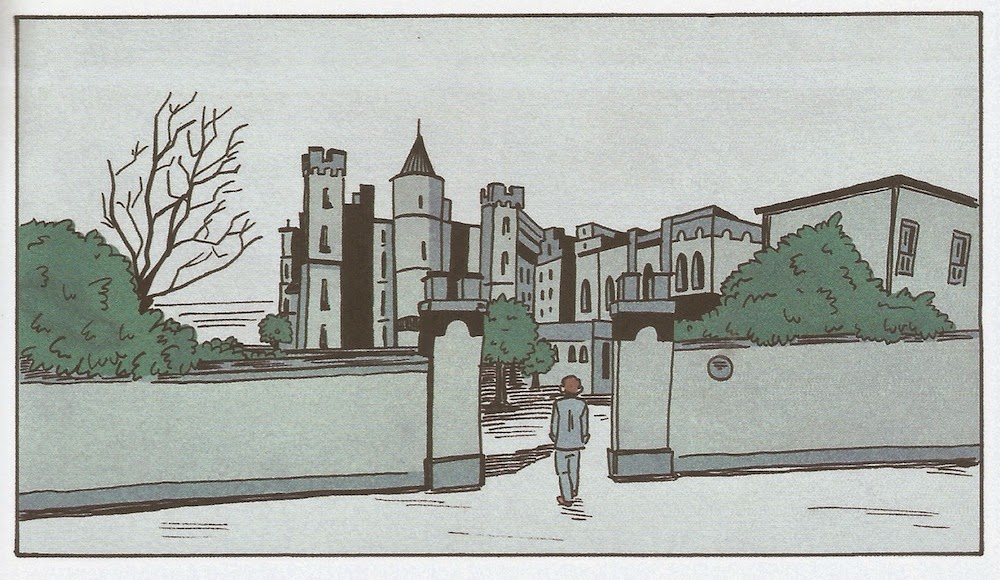 The "small castle" in question is in fact Vanbrugh Castle, designed by architect and dramatist John Vanbrugh (1664 – 1726). I can almost feel the moment when inspiration struck Ms Scheele (or, indeed, Mr Miller), beholding the almost-Gothic, mediaeval-inspired pile at Maze Hill and thinking, "THAT would make a fine hideout in a comic book!"

Westminster is also featured, alongside City and Docklands locations, but my personal favourite panel of all is in Issue 2 wherein Kathy loses her job and trudges across London Bridge…

… travelling the "wrong" way, i.e. away from conformity, away from the 9 to 5. We can see the crowds thronged in the background, part of the more-than-quarter-million-strong workforce of the City, all heading north. Crossing southward over London Bridge is one of my favourite London journeys and it is captured beautifully here.

Metroland is my new favourite comic.

Metroland is Published by Avery Hill and you can buy the first two issues from the Avery Hill website averyhillpublishing.bigcartel.com/

Julia Scheele's website, featuring originals for sale and details of how to commission her work, is here: www.juliascheele.co.uk

A London bridge also features in issue no.1 of Orbital's third and final recommendation, Velvet by Brubaker &amp; Epting… 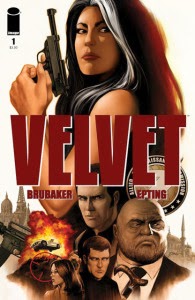 … a cold-war thriller bursting with 60's-inspired gadgets, guns and gear. 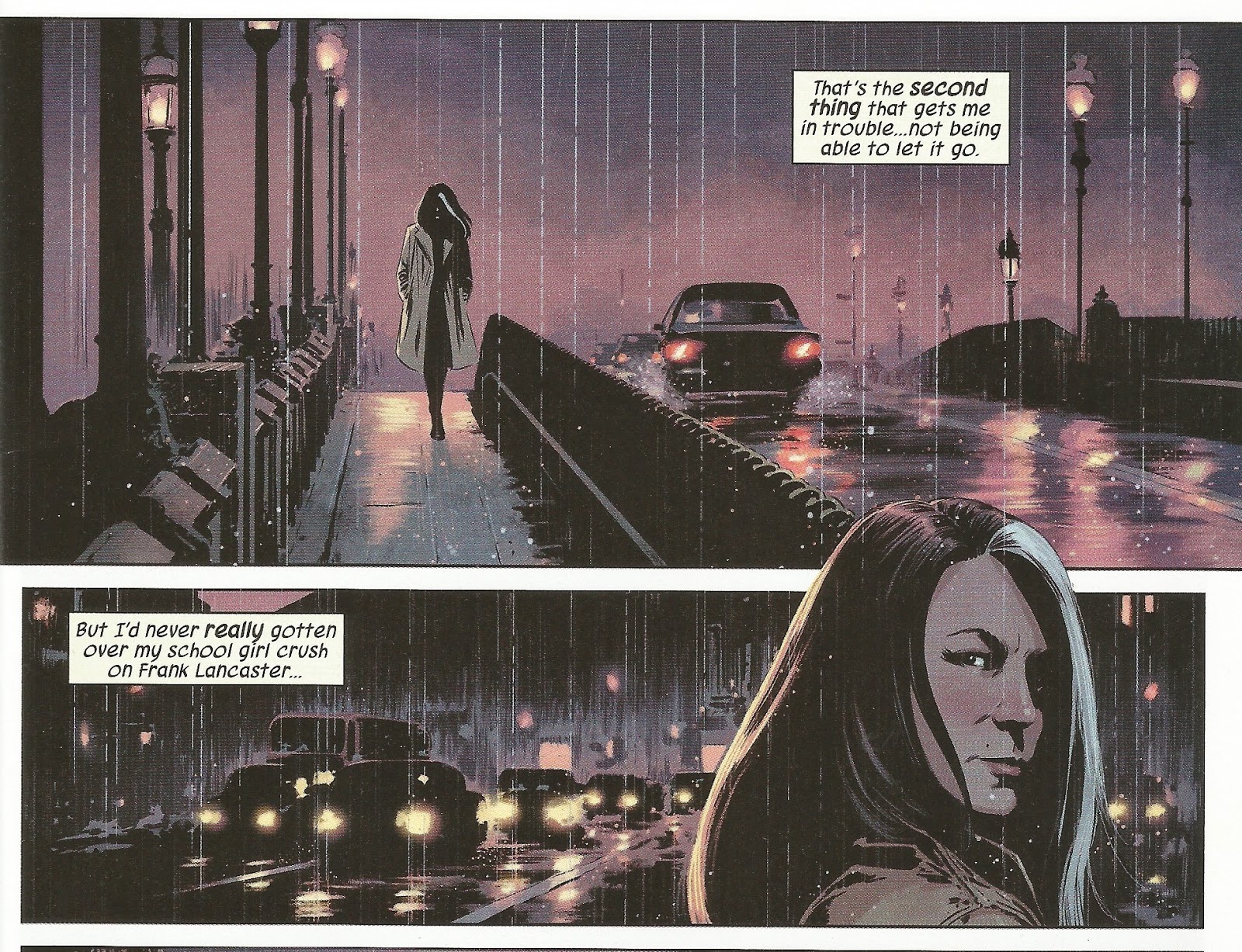 (Is that Battersea Bridge? Looks like it – if you can correct me, drop me a line.)

The guys at Orbital say: "Focusing on the British intelligence agency in the 1960s, Velvet is the story of the quiet secretary whose mysterious past as top field agent comes to light as she is framed by her superiors and is forced to go on the run."

Thanks to all at Orbital for the recommendations! It's Tuesday as I blog this so tomorrow is new comics day – go and see the guys at Orbital!