Panel No.22: The Last (For Now!) Fantastic Four

These are tempestuous times in the Marvel Universe. First we had to deal with the death of Deadpool (regular readers will remember he visited London HERE) and now the Fantastic Four are no more!

With issue No. 645 of the original Marvel superhero team's adventures hitting the shops last week, we finally bid farewell to Reed Richards (Mr Fantastic), his wife Sue Richards (Invisible Woman), Johnny Storm (The Human Torch) and Ben Grimm (the Thing) who have been saving the world together since 1961.

As battle raged all around them in the exciting finale, we were pleased to see dear old London was given a cameo appearance… 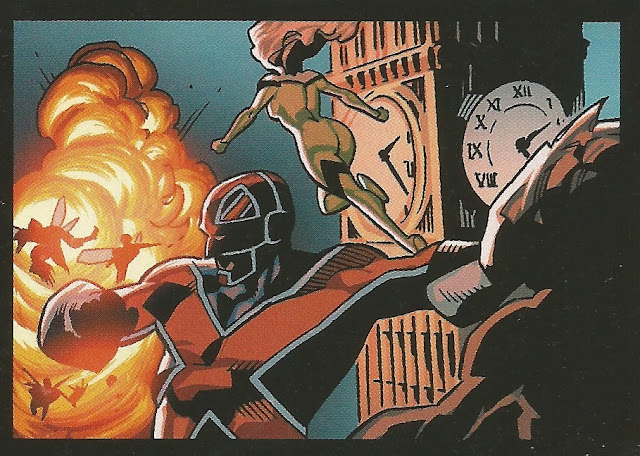 … in the shape of Big Ben of course. Which I have discussed in no less than THREE posts on this blog. Yes, Big Ben has been very popular with American cartoonists down through the years!


Farewell Fantastic Four! Thanks for including us in your final bow!


Visit marvel.com for more on the Fantastic Four!
Posted by DC at 12:26