Many of you will have packed the kids off to school this morning dressed at their favourite character from a book for World Book Day 2016.

It set me to thinking of the books I loved when I was a child. And I didn't have to look too far to find the best of them. Every time I climb the stairs to go to my desk, I pass this bookshelf… 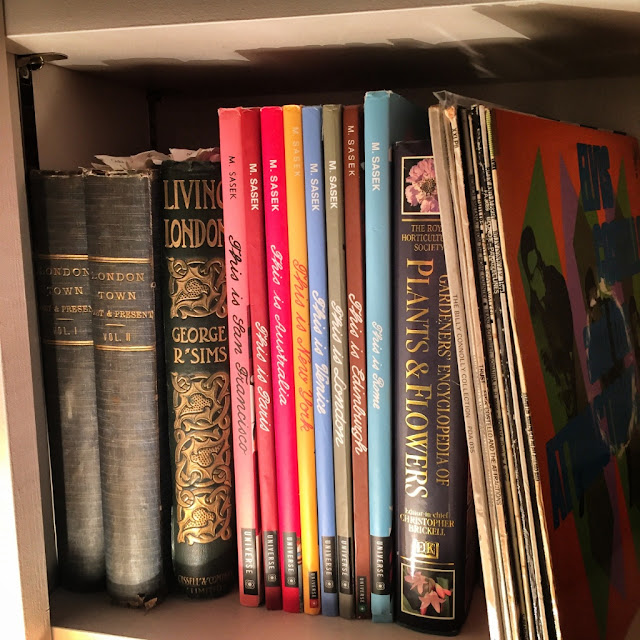 The colourful spines are reprint copies of the great M. Sasek's This Is… series of travel books for kids. We have collected eight of them – San Francisco, Paris, Australia, New York, Venice, Edinburgh, Rome and, of course…


Panel 31. This is London (1959)
By Miroslav Sasek Universe Publishing Inc

Until few years ago, if one had been looking for the work of the great Miroslav Sasek, then several long days trekking round London’s fine old secondhand bookshops would have been the order of the day.

No bad thing, of course. The forgotten art of browsing, particularly in secondhand bookshops, is one of London’s great pleasures.

This is London, however, is such a special book that it deserves to be widely available.

Thankfully, some bright spark came up with idea of re-releasing (and updating) these children’s classics – and now you can pick them up everywhere from independent book retailers (support your local bookshop!) to the gift shops at the big galleries.

Sasek was born in Prague in 1916, which is where he trained as an architect. But it is as the illustrator and writer of the wonderful This is… series of children’s books that he will be remembered by generations of young readers. How many children caught the travel bug from Sasek’s masterpieces?

The first – This is Paris – was published in 1958. My own induction into the world of Sasek came via This Is Edinburgh (first published 1961) which I borrowed from the library on a regular basis when I was a boy. The thrill of seeing the familiar buildings of my native city rendered in those long, tall, Cinemascope lines of Sasek's has never left me. So much so that, long before she could read or even hold a book, I bought This is Edinburgh and This Is London for my daughter.

Here we are six years ago, when Isobella was 3, using This Is Edinburgh as a guide book at the floral clock in Princes Street Gardens… 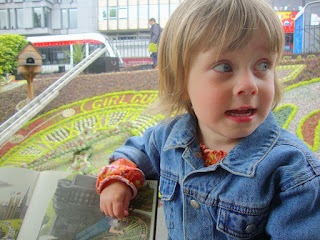 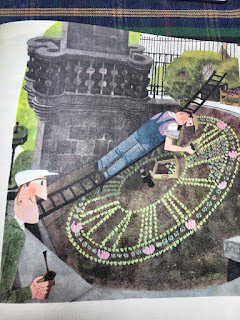 (I love that the gardener's ladder is in both the drawing in the book AND the photograph.)

This is London was first published in 1959. This is how the Times Literary Supplement of the day reviewed it:

“The colour is magnificent and uninhibited, the draughtsmanship brilliant but unobtrusive (one gradually realizes that these bold, stylized drawings are minutely accurate as well as true in general impression). The humour is characteristic and pervasive but always subordinate. The jokes are all pointed. Miroslav Sasek has drawn the visitor's London from foggy arrival to rainy departure. His book is a series of impressions, unrelated, one would think, but they add up to a remarkably complete picture of the modern city. The words and pictures are closely integrated; each has it terse style and humour.”


The affection in which Sasek holds his star – London herself – creates an effect akin to a great director eliciting a once-in-a-lifetime performance from a famous actress of whom her public thought they had seen everything: only to be delighted all over again with a fresh and new take.


The picture – and location – that I am choosing for this "stop" on the Cartoon &amp; Comic Book tour is St Paul's Cathedral… 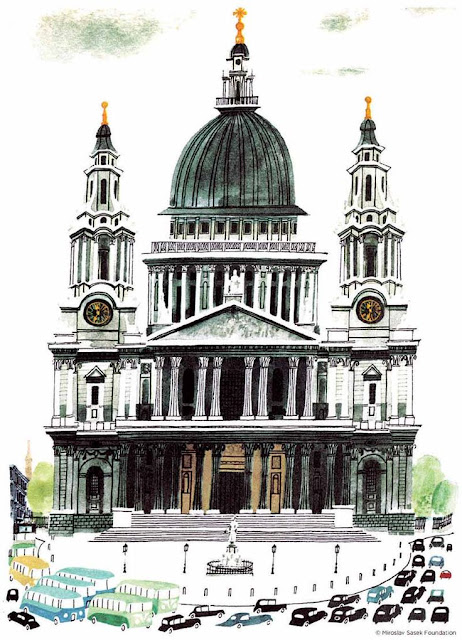 For World Book Day my daughter Isobella (now aged eight-and-three-quarters) is dressed-up as a spy. The inspiration came from her fondness for a book called Spyology: the Complete Book of Spycraft by Duggald Steer and also from a book that I enjoyed when I was eight-and-three-quarters (and still do now that I am forty-seven-and-one-sixth) that I recently shared with Isobella, The Big Book of Secrets (1977)…


Giles Brandreth is the author and I recently Tweeted him some belated and quite OTT fan mail for his book which contains excellent tips on disguises, secret codes and suchlike…

In the context at hand – cartoons and illustration – I'd also like to pay tribute to the illustrator of The Big Book of Secrets Louis Hellman.

Mr Hellman, alas, is not on Twitter, so his fan mail has proven to be less instant (my Tweet was instant, even if it did take 38 years to compose) but it is no less heartfelt.

As you can see from the cover above, the pointy spy cartoons immediately bring to mind the famous (and ongoing) Mad magazine strip Spy vs Spy, created by Antonio Prohias in Cold War 1961… 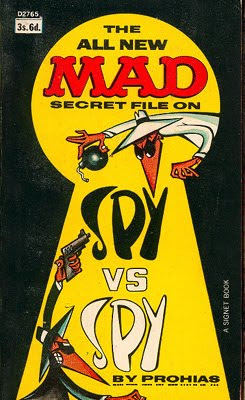 … and I've often wondered if that was Hellman's leaping-off point.


Google Hellman and you will find him described as an architectural cartoonist – like Sasek, Hellman also trained as an architect. Sasek's knowledge of, and passion for architecture can be seen clearly in the pages of his books and in his take on St Paul's above.


Hellman's passion and talent are no less impressive and, like the great Sasek, Hellman too has a playfulness, a wit, a joie de vivre that leaps off the page. It's a beguiling combo.

Being both a walking tour guide in an urban environment and a cartoon fan, I am particularly fond of Sasek and Hellman – meeting, as they do, at the junction between my work life and my hobby.

My favourite example of Mr Hellman's architectural cartooning is from his famous Archi-Tetes series – in which he captures portraits of the great designers in the style of their buildings. Here's Hellman's take on Wren and the building at the hub of this Cartoon &amp; Comic Book Tour post, St Paul's Cathedral… 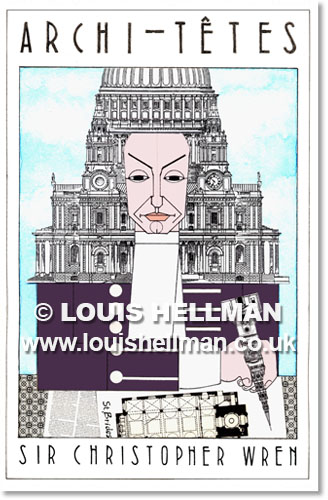 You can buy prints of Hellman's work direct from his website at www.louishellman.co.uk/architetes

Here's how to find St Paul's…