Which, to my ear, is a fancy pants way of saying he invented the cartoon strip as we know it.

St George's Church, Bloomsbury was designed by Nicholas Hawksmoor. Here it is today… 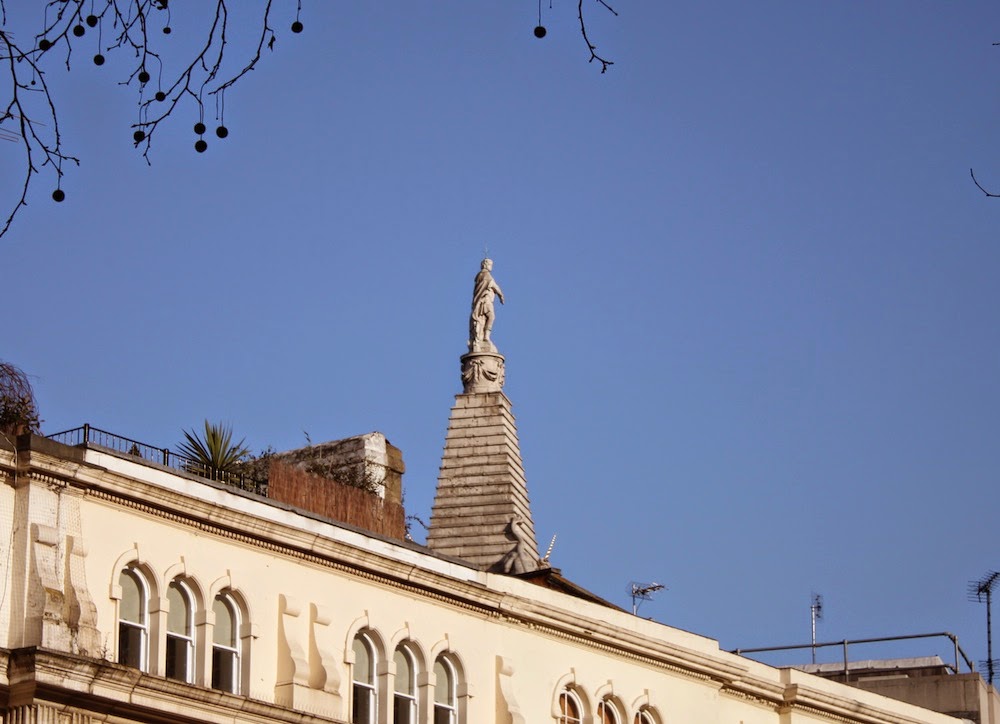 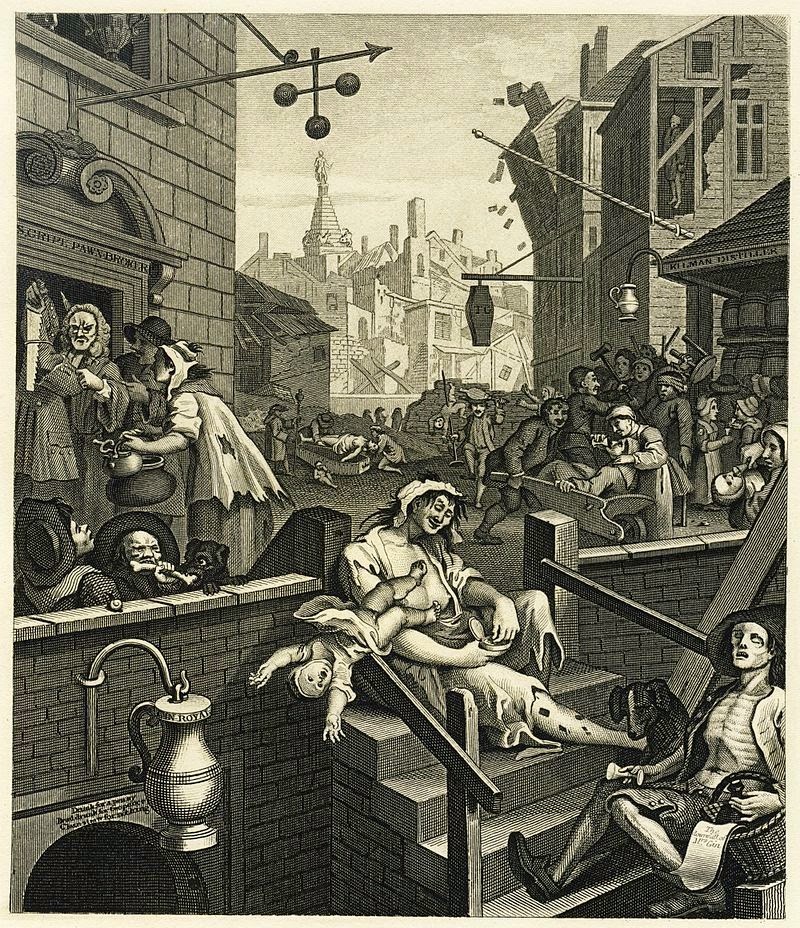 The presence of this church sets the piece perfectly.

In a modern cartoon, if the opening panel features, say, The Shard, then we are immediately "in the picture". We know exactly where the action is taking place without a word of dialogue.

The setting of Hogarth's Gin Lane, thanks to the presence of Hawksmoor's church, would have been instantly recognisable to the Londoner of 1751. We are in the parish of St Giles where gin was cheap and life was cheaper yet. Where prostitution was rife. Where the 18th century equivalent of The Daily Constitutional could be bought down Monmouth Street in the shape of a broadside.

The positioning of the church is key not only in locating the scene, but in the moral of the story. It is somehow remote, suggesting that God is very far away from the scene that unfolds before us. God is an absentee slum landlord here and evil has moved in. Evil in liquid form.

The positioning of the church is used a second time to ram the message home – no one ever said that Hogarth was subtle.

Look at the three globes of the pawn shop sign on the left (where the working man is selling the tools of his trade to buy booze). The globes hang directly above the church spire forming an inverted cross. Money is worshipped here. Money buys gin. Who needs to slave a lifetime for salvation with oblivion just a penny away?

The inverted cross is also an emblem of St Peter – do we find Hogarth's legendary, 'ow you say, British Bulldog Spirit present here? Is he asking us to behold the Irish Catholic immigrant – a predominant demographic in the 18th &amp; 19th Century rookery of St Giles – in a less than flattering light?

With our modern eye we might even read the inversion of the cross as further evidence of the presence of evil.

The religious imagery continues in the figure sitting on the steps centre stage – the syphilitic madonna allowing her child to fall to certain death, all for a pinch of snuff.

How would the marketeers of 21st Century"Midtown" polish this one up for the estate agent's window?

St Giles is the patron saint of lepers and outcasts and finds himself in the right place at the right time here. Hogarth, however, is not here to watch over the fallen sinners. Instead his vicious pen lays bare the suffering on his doorstep. It is not the artist's function to provide solutions. That is the job of the politician. And later in our series we'll look at 18th century caricaturist Gillray and his vivid satire of our elected representatives attempts at governance.

A London Walk costs £9 – £7 concession. To join a London Walk, simply meet your guide at the designated tube station at the appointed time. Details of all London Walks can be found at www.walks.com.