Chatting the other evening with dedicated London Walker David Hall. He looms large in the London Walks legend, does David.

David was reflecting that he has now reached an age that Franklin D Roosevelt never saw.

It made me think of George Du Maurier. Funny what makes the synapses connect and spin an unexpected platter on the great jukebox of the subconscious isn't it?

Whenever I am guiding the Hampstead Walk, I always try to look at Du Maurier's grave. 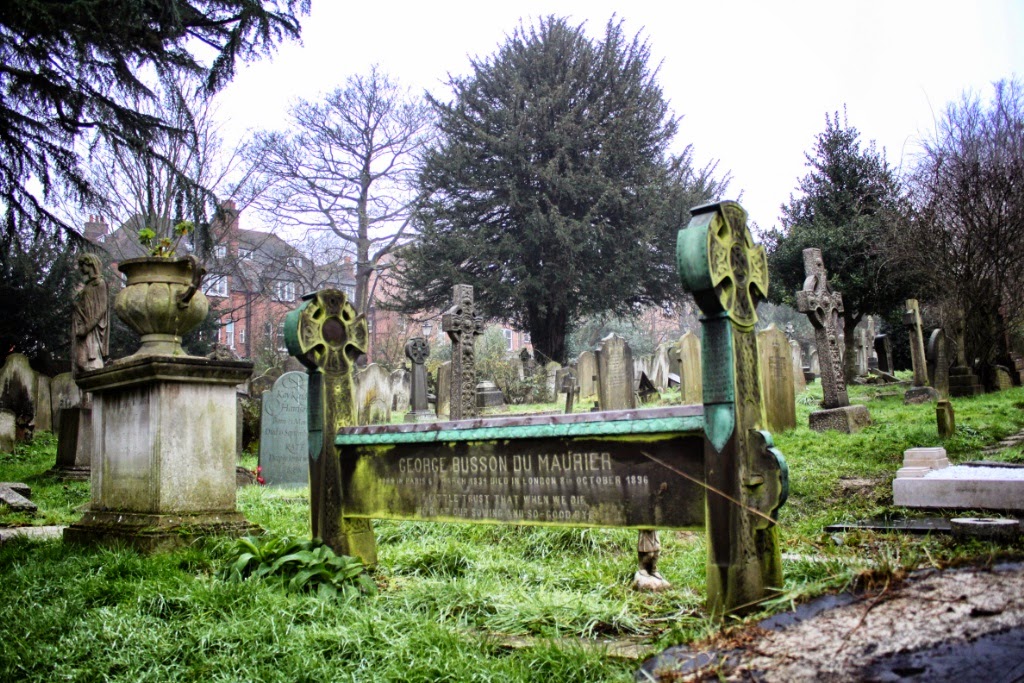 Du Maurier wrote (among other things) Trilby, a novel set in fin de siècle Paris, peopled with lurid showbusiness types (the best kind of showbusiness types, o'course) among them a young singer named Trilby and an evil and manipulative showbiz manager named Svengali – from whence we get the metonym for evil and manipulative showbiz managers in general. Simon Cowell, I suppose, is the closest thing we have to such a thing today. Talk about the paucity of genuine characters in 21st Century life.

Du Maurier was more famously a cartoonist on the staff at Punch magazine. His most celebrated piece is True Humility (1895) an often-parodied and -referenced cartoon in which a bashful curate is taking breakfast with the bishop… 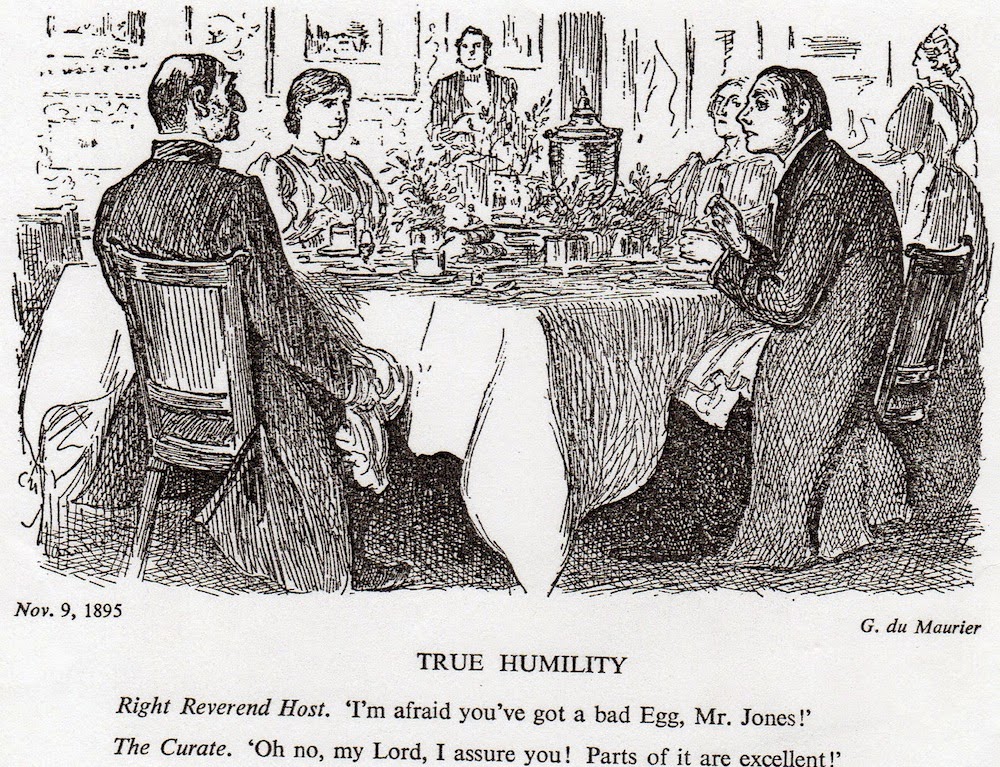 The curate replies, "Oh, no, my Lord, I assure you that parts of it are excellent!"

And thus the phrase "Something of a curate's egg" (so beloved of arts critics) enters the language: a piece that is perceived by the critic as mainly bad with one or two perhaps questionable redeeming features.

If we look closely in among all of du Maurer’s hatching work, I'm sure we can see the lines of bad smell rising from the egg. A comic technique that prevails today and one that is used to vivid effect in the London Borough of Hammersmith &amp; Fulham on their Thames Path walkway, a cheeky example of a cartoon sensibility enlivening everyday signage… 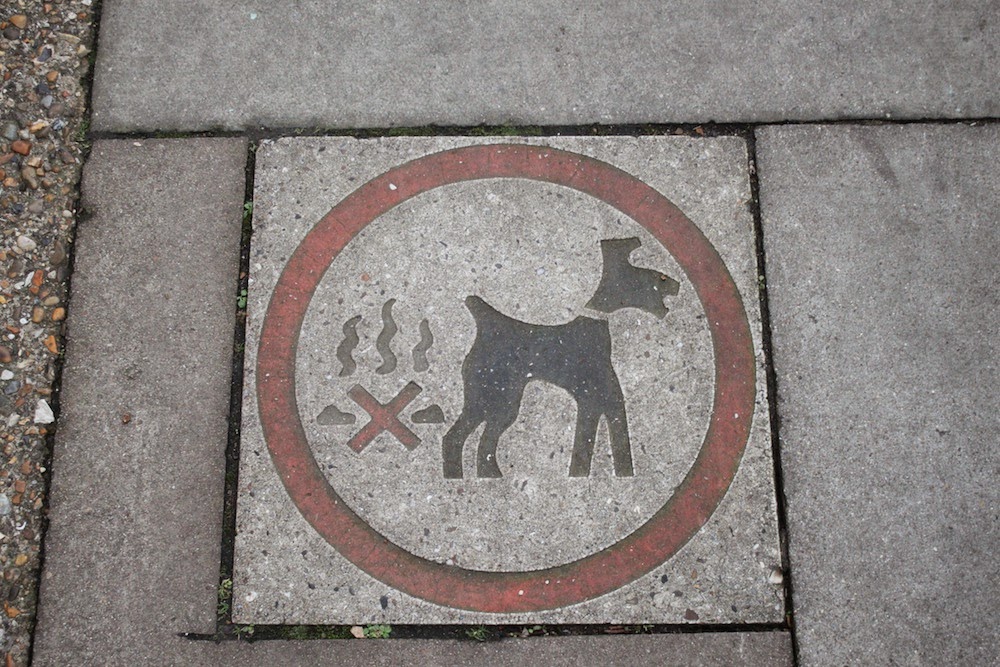 But back to David Hall. David's rumination on FDR and everything he achieved sent me off to du Maurier for the following reason. George du Maurier was a busy boy too, one of those Victorians who seemed to have cracked the secret of the 25 hour day – not content with success in one field (cartooning), he conquered a second (fiction) in later life.

He is buried at St John at Hampstead in North London (pictured above). In a pleasing chime the ashes of Peter Cook rest nearby. Cook funded our greatest repository of the cartoonist's art (in fact our only one left!) Private Eye magazine (more on that another day).

And while we're talking about the neighbours, look at the grave to the left of du Maurier's, marking the final resting place of the cartoonist's fellow perpetual Hampsteadite, Labour Party politician Hugh Gaitskell. Gaitskell’s likeness was captured many-a-time by legendary political cartoonist David Low in The Evening Standard. Low kept a studio in Hampstead just around the corner from St John's. He'll be back later in our series, too.


Here's how to find the churchyard of St John at Hampstead…